Earlier this year, I put up a post about John Collins, who had been born in Jordan Street in Belfast (now gone, but lay off the Oldpark Road between Glenview Street and Hillview Street). Collins was killed in an IRA ambush in Mayo in 1921, shortly after joining and IRA Flying Column. An account of his life is included in a new book just launched by the Tiernaur Oral History Group entitled Remember Us, The People’s War, Newport Area, Mayo 1914-1924.

The back cover of the book gives a flavour of its contents:

“In the century that has passed since the 1916 Rising, War of Independence and Civil War in Ireland, much has been written about Pearse and his comrades. Somewhat ignored by history are the gallant efforts of ordinary men and women in rural towns and villages who played a crucial part and paid an immeasurable price in their bid to separate Ireland from the oppression of British imperialism and to achieve an Irish republic. Within the pages of this book, you will find first-hand accounts of those times in Newport, County Mayo and the surrounding area, thanks to the collective memory of the local community and the descendants of those involved. You can read descriptions of their incarceration, the torture they suffered and subsequent death of some as a result. This book outlines the local perspective, personal sacrifices and experiences of the time, to honour and recall the bravery of their deeds lest they be forgotten.”

As to John Collins (below), the book reveals that he was orphaned at a young age before spending time in Nazareth Lodge (in Belfast) and then Artane (in Dublin). He had apprenticed to a tailor in Westport a number of years before he joined the IRA there. 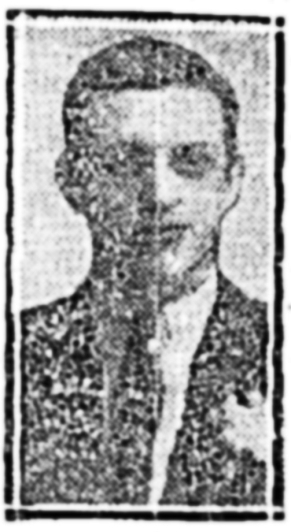 The book is avail here from Mayo Books (priced €25 plus postage) or the link below.

The book was part funded by the European Union, Department of Rural and Community Development and Mayo Local Action Group (under the LEADER programme).

Thanks to Sean Cadden for the update.

Last weekend, as part of the launch for the Belfast Battalion book, I gave a talk in St Joseph’s Church in Sailortown in Belfast. The talk looked at the experience of residents during the violent, summer of 1935 (rather than at the broader politics of what happened). A couple of themes that emerge from it are, particularly when viewing the press coverage, is the number of children who were eye witnesses (if not actual participants). I think they provided a physical link to the later violence in 1969 which has strong parallels with that of 1935.

While putting the talk together, I also came across a couple of fatalities not usually included in the death toll of 1935, including two year old boy called Joseph Walsh. Among the darkness, though, there was one positive. In 1935, residents recognised that erecting ‘peace walls’ did more harm than good as it actually heightened a sense of siege and perpetuated division.

I re-recorded the audio for the talk over the same slides and you can watch it below or on YouTube.

Thanks to everyone who came to the talk and launch in St Josephs on the Saturday morning and the launch in the evening in the Felons Club.

I mentioned Ronnie Monck and Bill Rolstons 1987 book on Belfast in the 1930s (Belfast in the Thirties: An Oral History), but here’s some more reading:

As of today, you can buy your copy of Belfast Battalion at the following locations:

*It should be available by Monday or Tuesday next week.

You can order the book direct to your front door online here.

There are also a couple of copies in the library of the Museum in Conway Mill if you just want to browse a copy.

And you can download it for Kindle/ebook here (and preview it below).